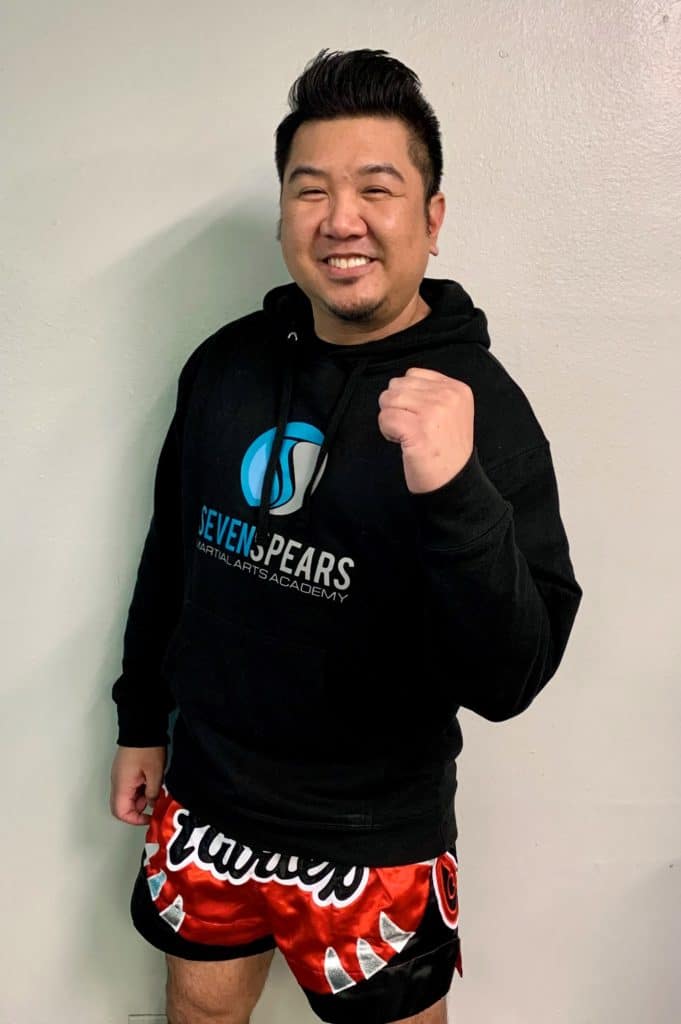 Mr. Ian Paule has been training in martial arts since 2014.  Originally focusing on Judo, he then transitioned into Muay Thai when Seven Spears Martial Arts was established.  The appeal of Muay Thai was it’s fluid almost dance-like nature.  Training as much as his schedule will allow, Ian is steadily working and constantly learning new skills and techniques, and building a solid foundation of fundamental skills. Ian particularly enjoys the clinching and sweeping aspects of Muay Thai, as it directly relates to previous Judo training.   As an instructor, he works to apply the techniques learned through the years in order to guide students – both children and adults alike – on their martial arts journey.