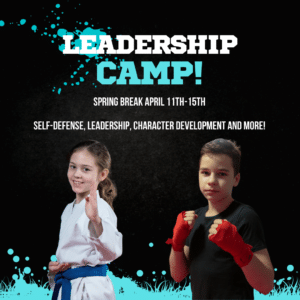 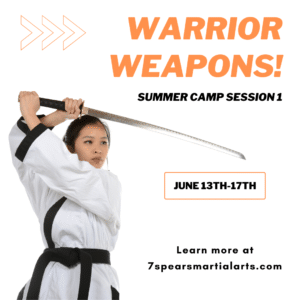 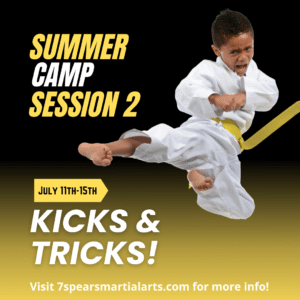 Martial arts training can help every student develop the mental and physical skills needed to succeed in life. At Seven Spears Martial Arts in Poway, we focus on self-defense, confidence, improved focus, physical strength, physical fitness and positive social interaction. Seven Spears teaches students to set goals and follow-through, while having fun and making friends. Our Poway martial arts programs include Karate, Muay Thai and Brazilian Jiu Jitsu. Our instructors are knowledgeable, friendly and encouraging with the intent to make every student feel like part of the family. We are dedicated to providing a positive environment and the best martial arts training in Poway! 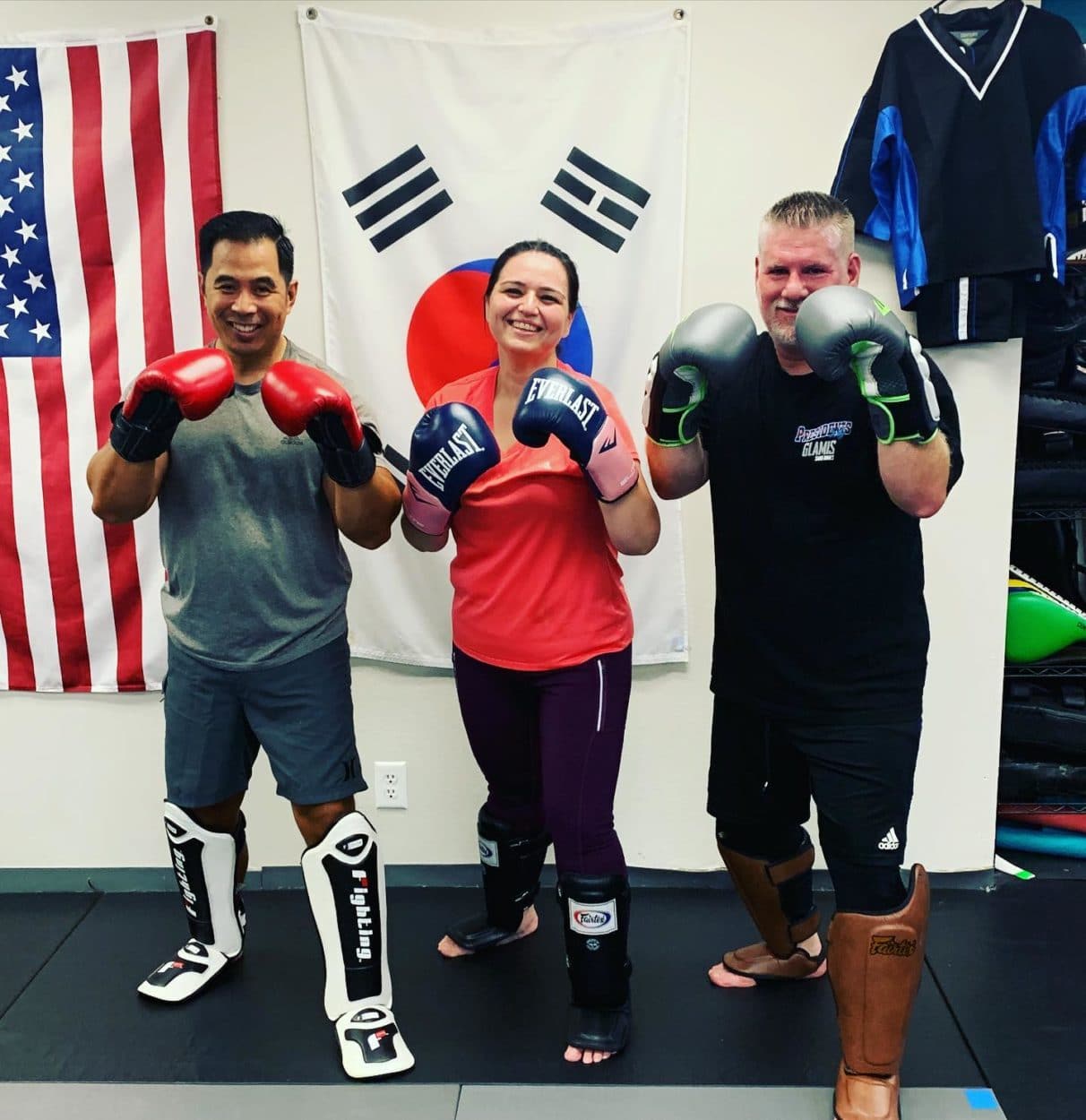 Karate, Jiu Jitsu and Muay Thai training for kids and adults in Poway! 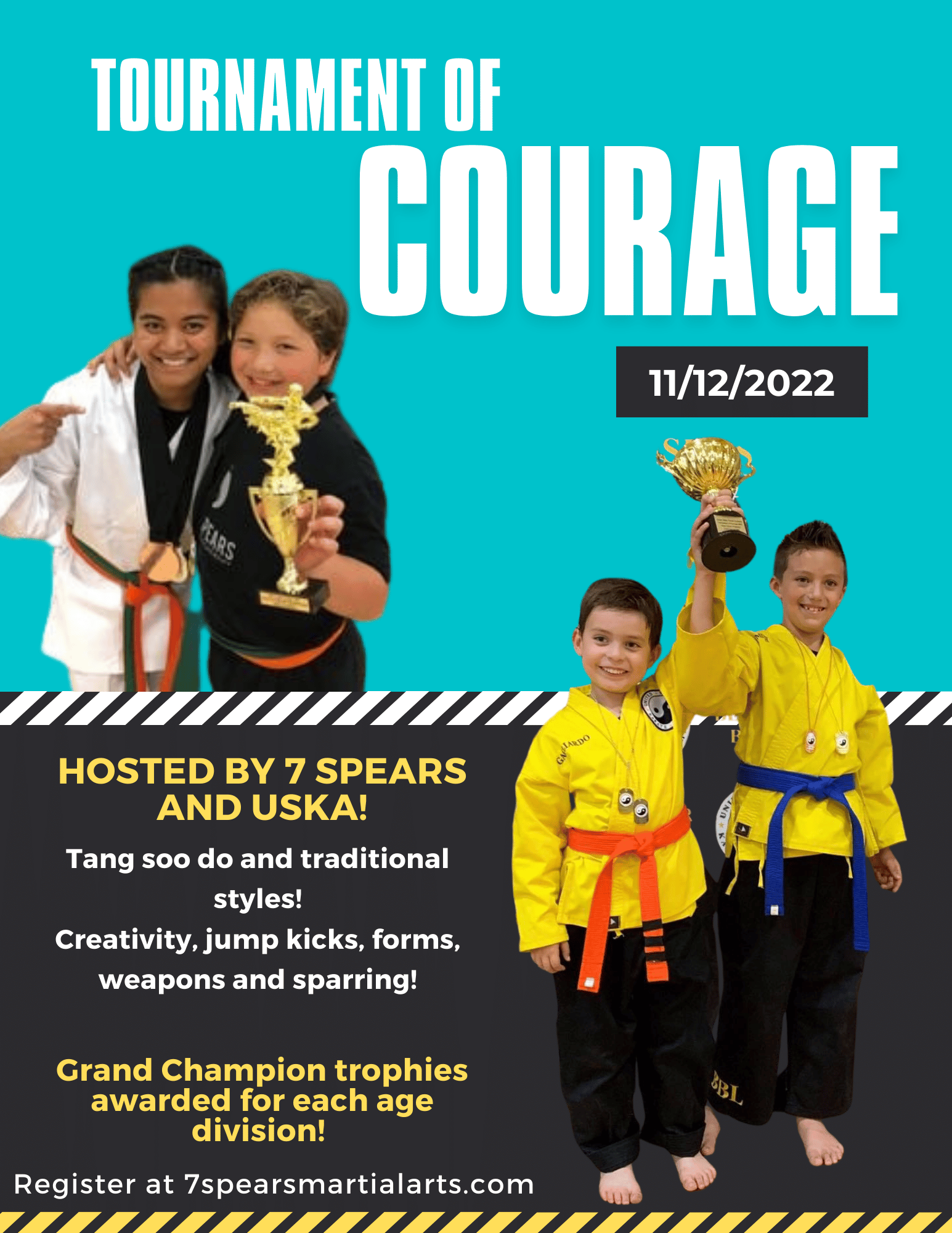 How Martial Arts Can Benefit You! 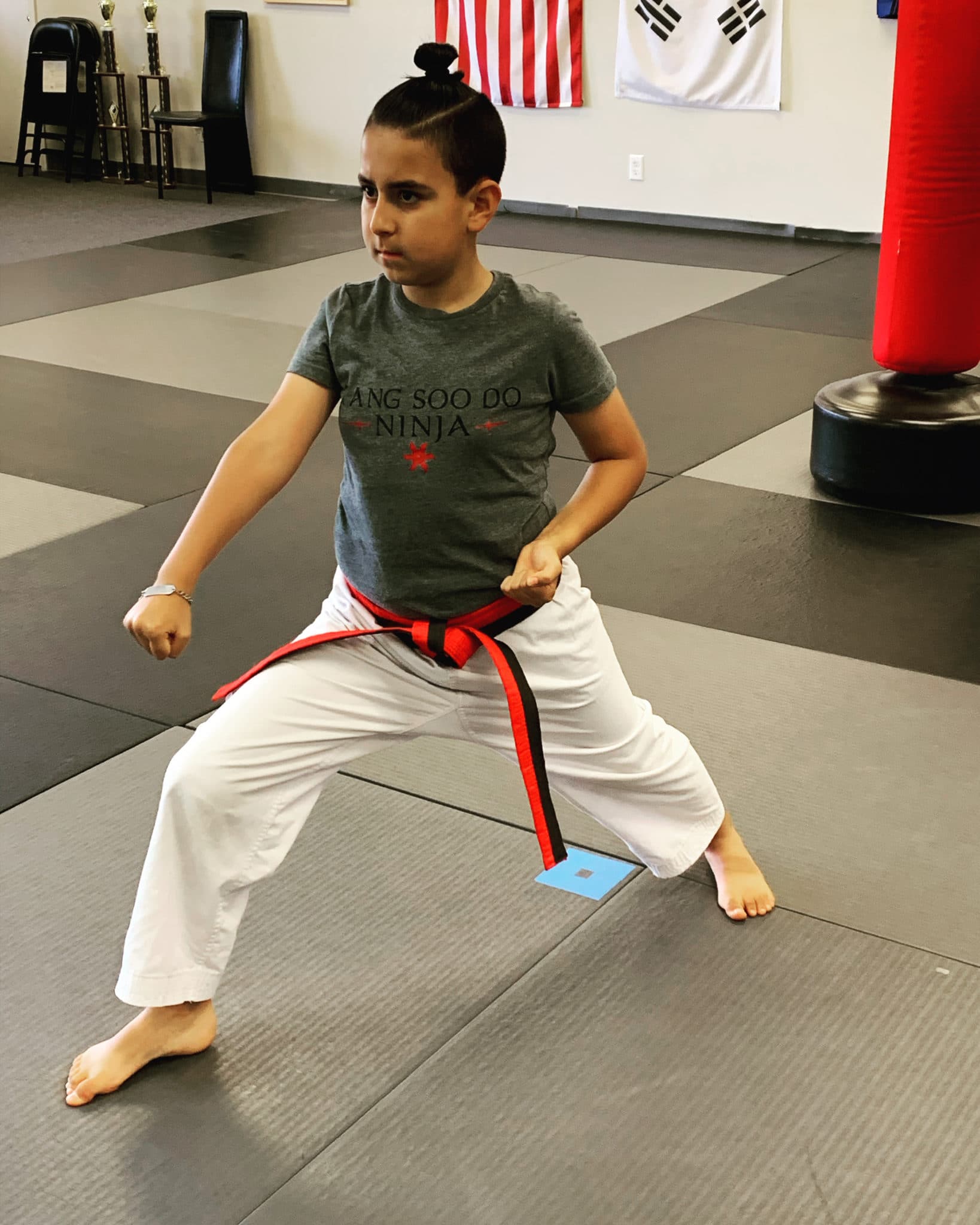 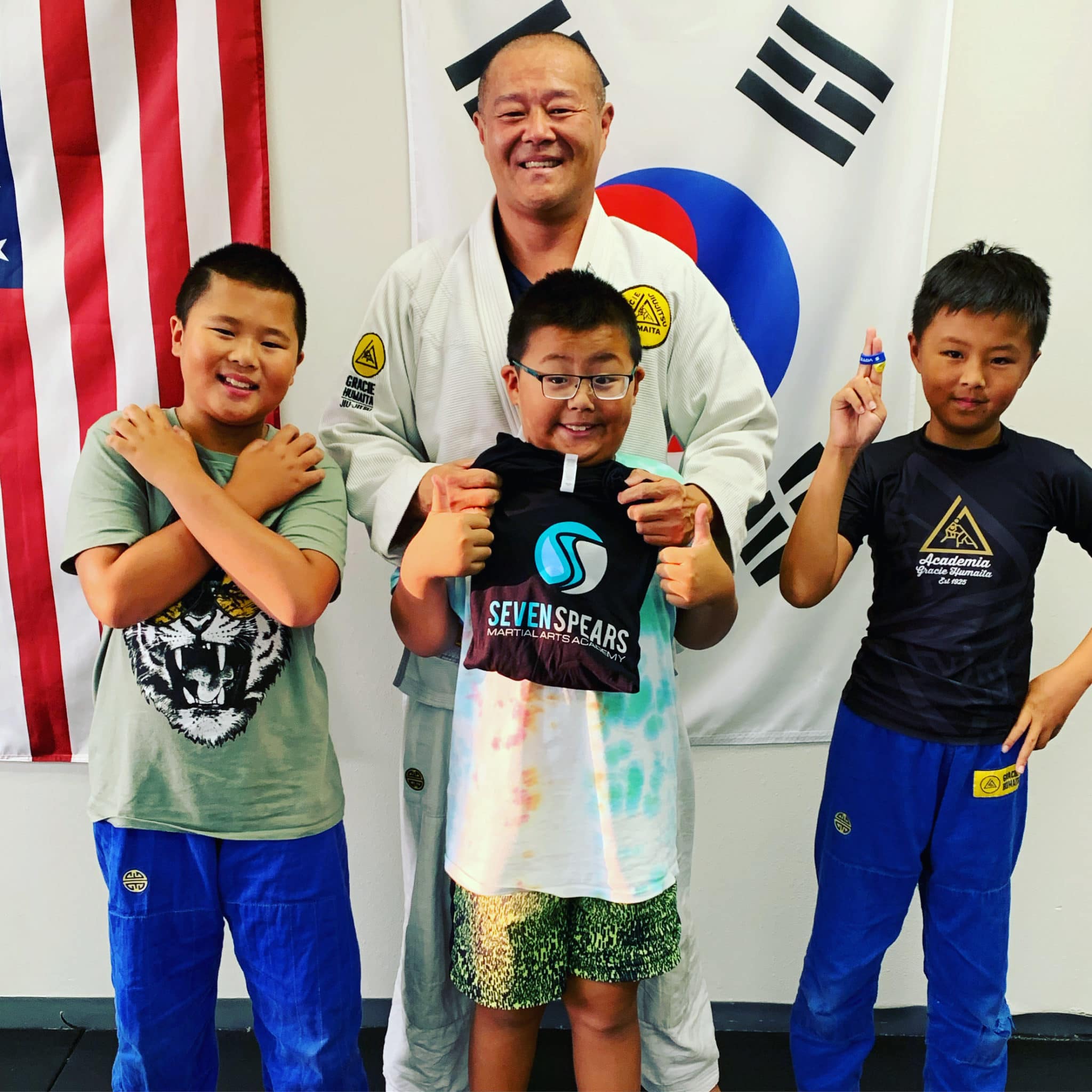 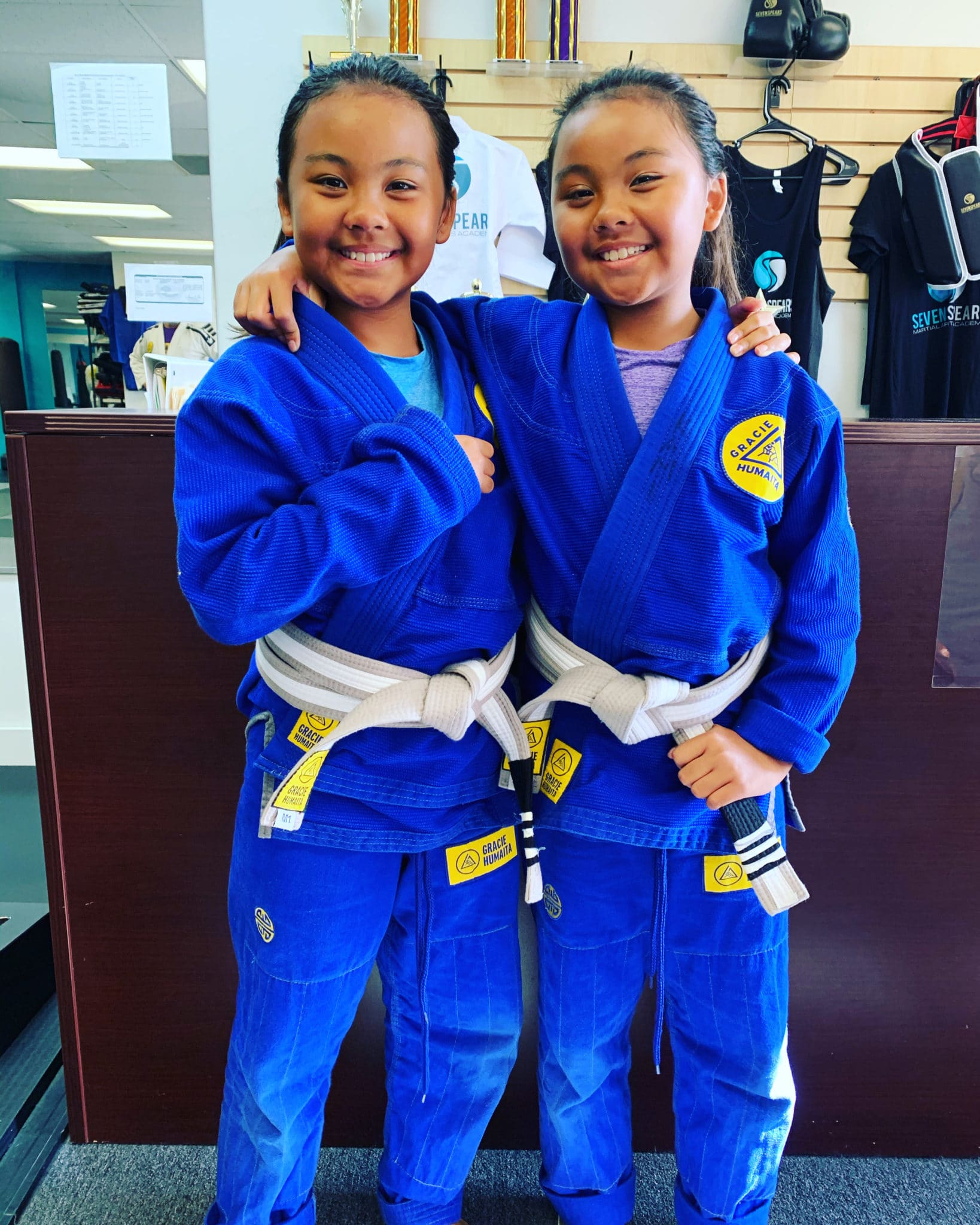 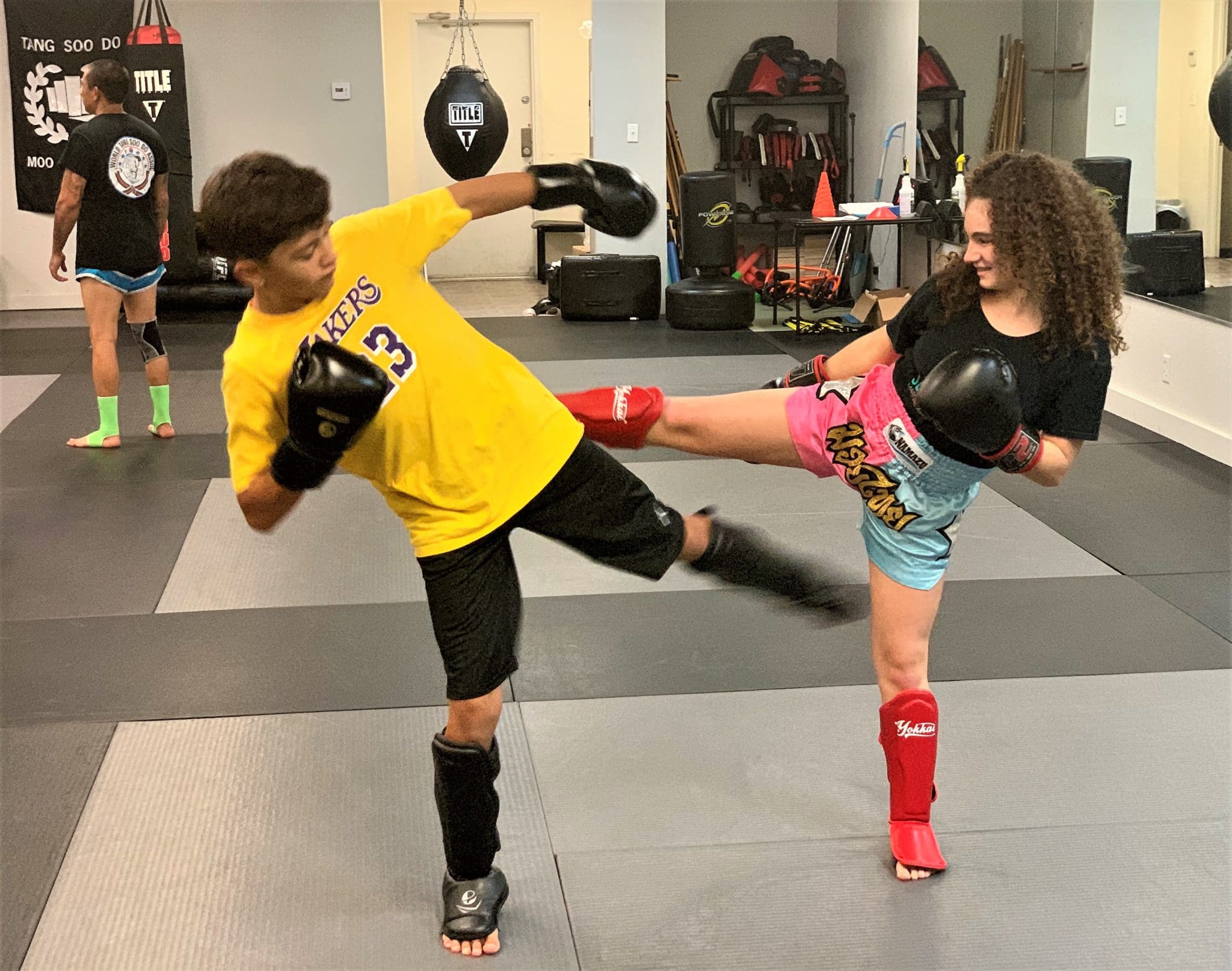 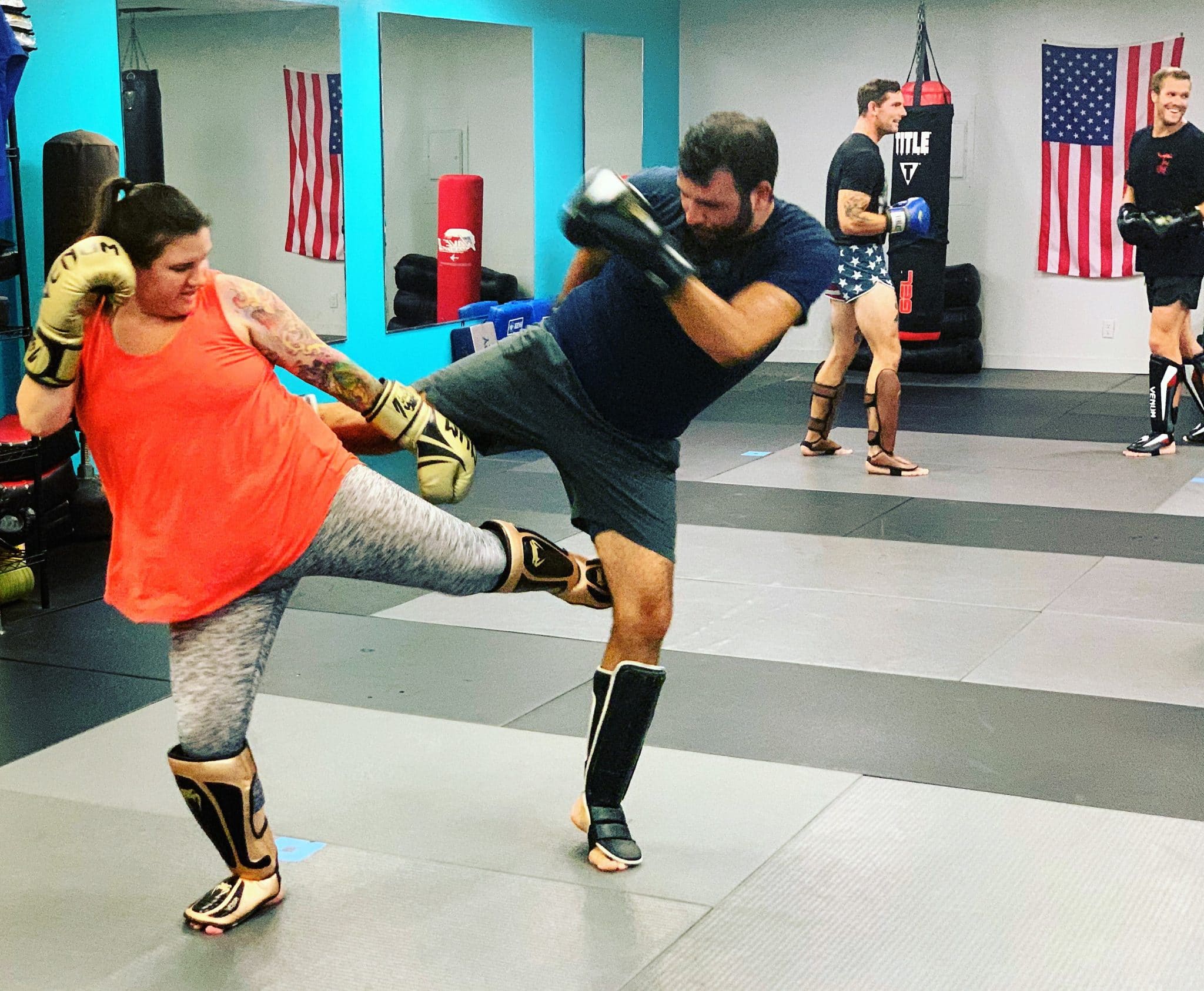 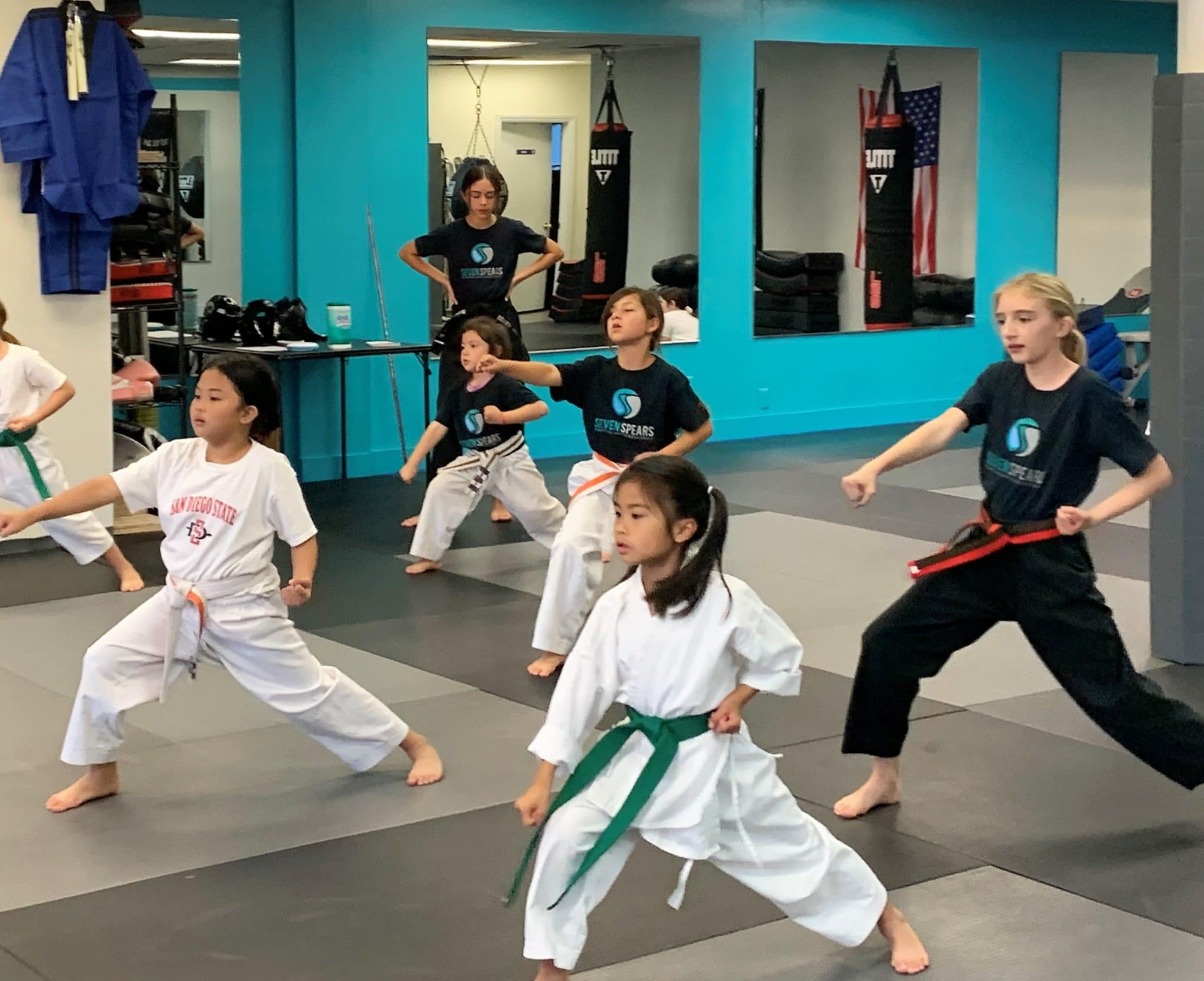 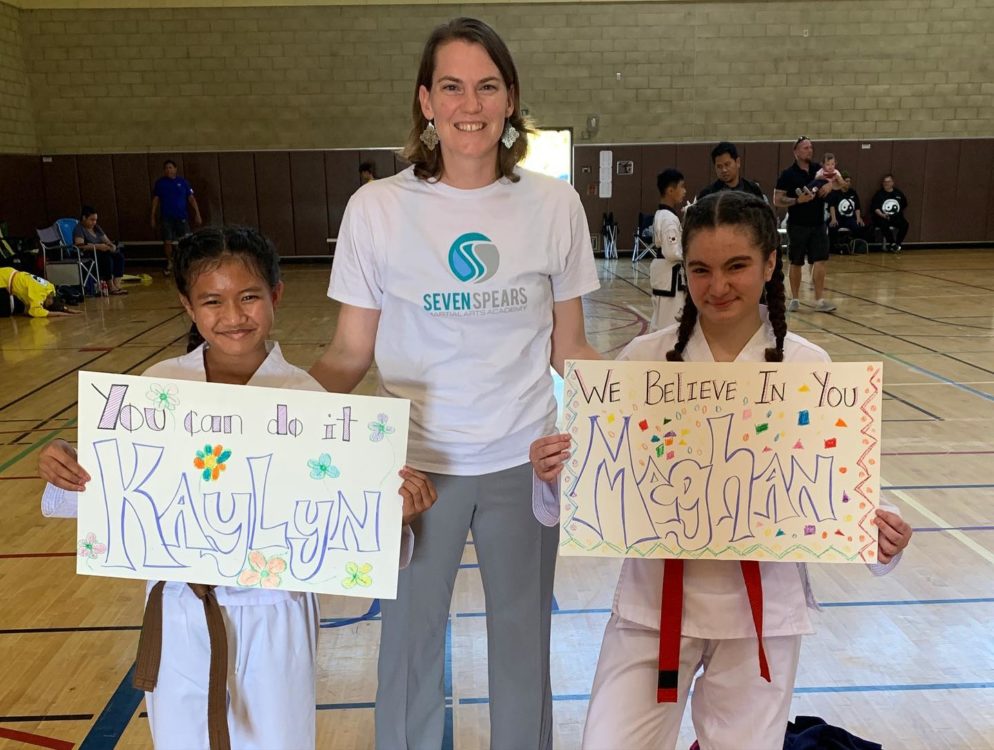 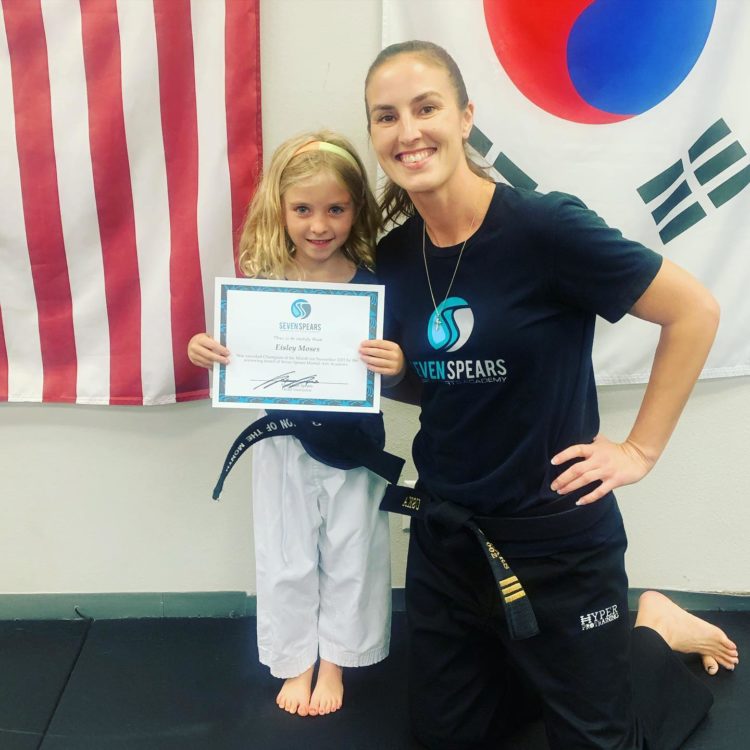 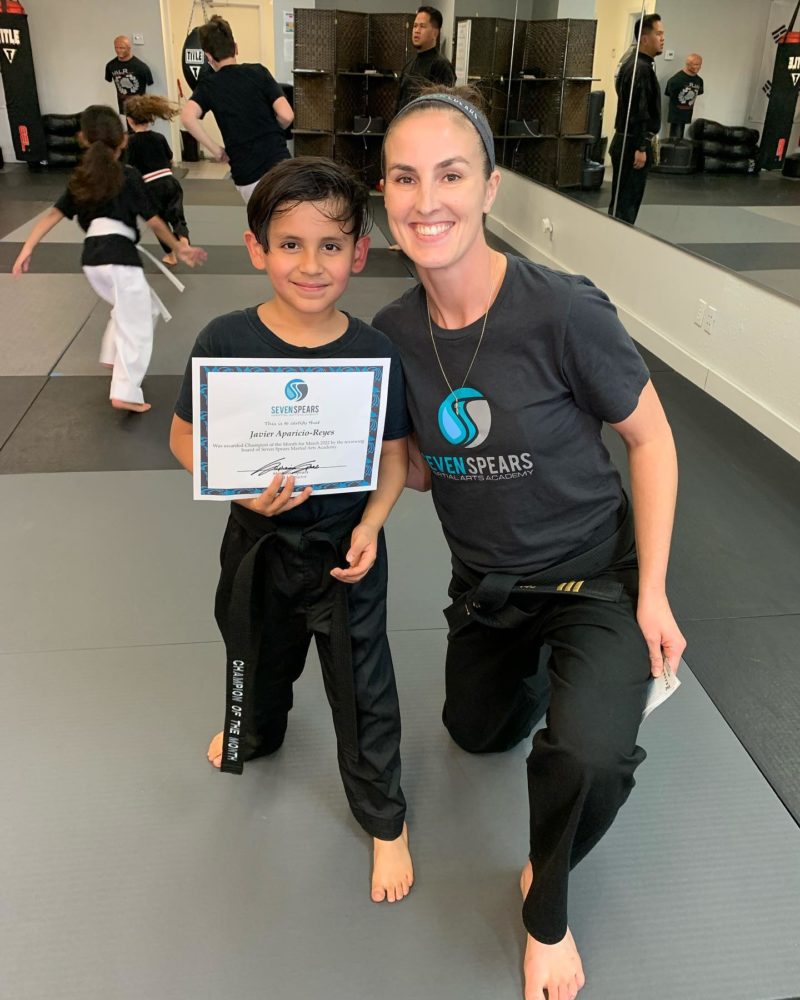 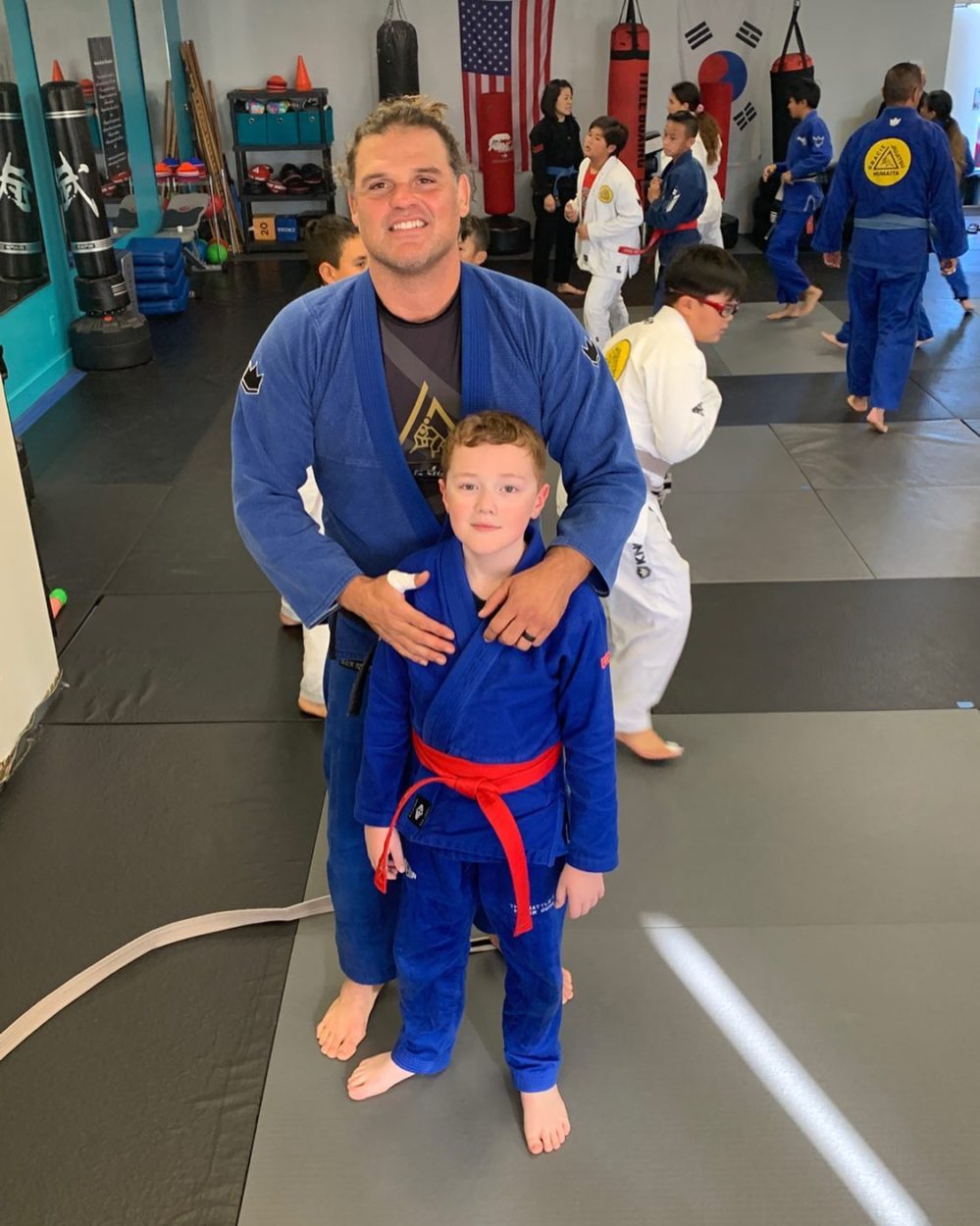 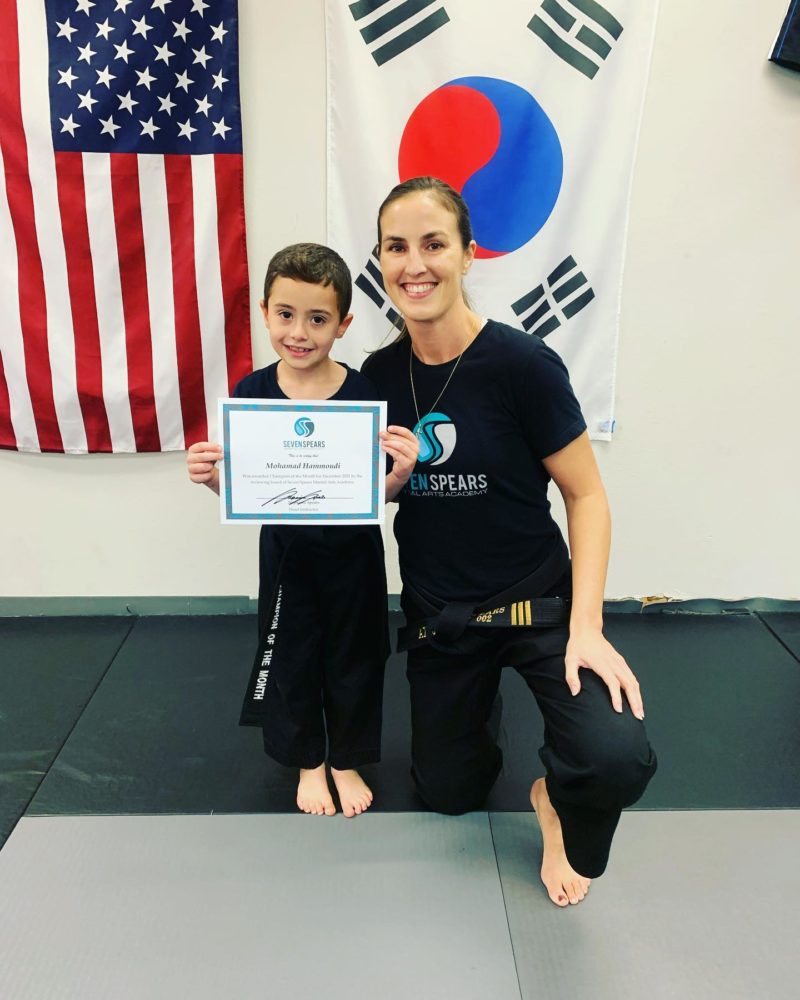 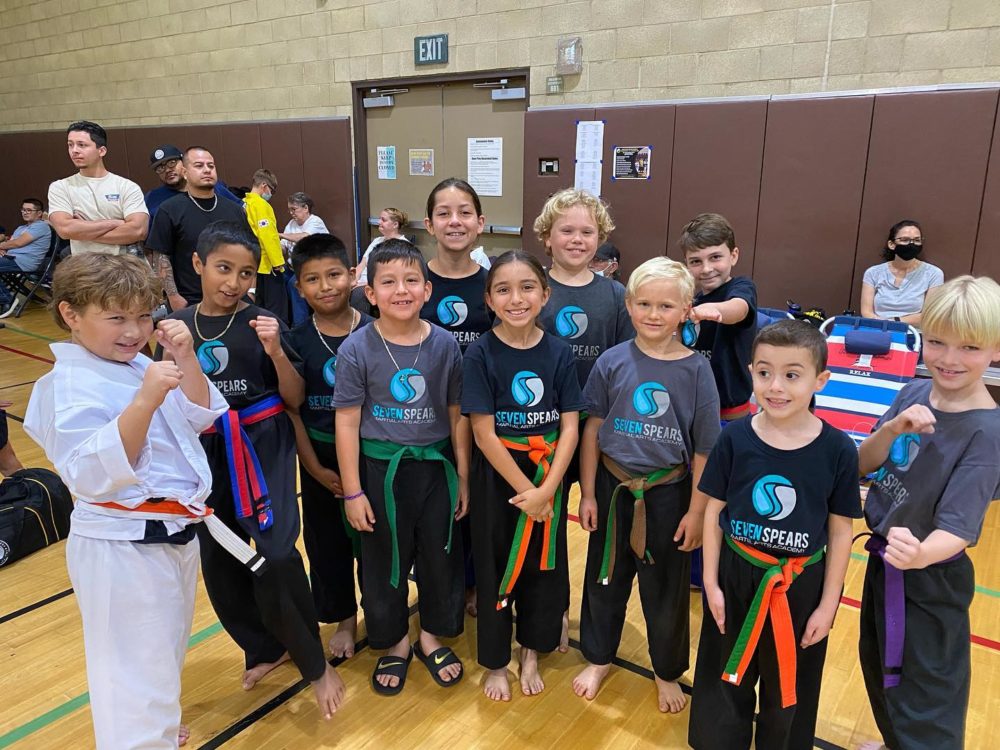 Both of my kids love going to Seven Spears Martial Arts Academy. They are happy going to class, enjoy training with Miss Stephanie and Mr. Eddie, and have fun with the other kids in the classes.

I was looking for a place to workout and get in shape and right after my first month at Seven Spears I lost over 10lbs. Btw Eddie and Stephanie are great teachers! It is a super friendly and family-like atmosphere in there.

Ms. Spears has experience in multiple martial arts and years of teaching students of all ages. She is a top-level competitor herself and can help students achieve personal excellence. Thanks a lot.

Excellent Muay Thai gym. Instructors are very knowledgeable and really take their time to make sure you learn the proper techniques and movements. Would highly recommend this gym to someone wanting to learn Muay Thai.

My 7 and 9 year old kids have been practicing Tang Soo Do at Seven Spears for 2 months now, and it's been wonderful. All three teachers are helpful with high expectations of the students' progress and behavior. It's been nice to watch class and see how the teachers really push proper form and trying your best at whatever level you're currently performing. I'm pleased with the workout they're getting as well as the life lessons and character development.

We love Seven Spears! My 7 year old son started in December and has already made a lot of progress and learned so much. There's a great mix of high expectations and pushing the kids to be their best while still being encouraging and having fun. Stripes and belts aren't just given out, they have to be earned, but each kid is given the support he/she needs to succeed. My son had to step away from class for several weeks because of a (unrelated) broken arm, and the instructors were great working with him to get him back to full strength without re-injuring himself. Because of the stay-at-home order in recent months, we've switched to their online classes, which have exceeded my expectations. Seven Spears has really taken advantage of the strengths of the online platform and put effort into making it a good experience for the kids even though they can't physically go to class. I originally thought it would be another setback for my son (right after getting back into classes after the broken arm!), but he has grown so much in his skills and his focus in the past 2 months.

Seven Spears Martial Arts is an excellent place to have fun, workout, and to learn a new skill set. I came in a little hesitant at first because I was new to Muay Thai, but was quickly put to ease as Mr Eddie and Miss Stephanie were very patient with me. The people who I train and spar with here are awesome as well always willing to help me improve. Over last few months I have really noticed my progress, and I am excited to see where I will be at in a year. Awesome training program.

Please let us know you were here.

Come check out one of our martial arts classes in Poway! Try your first class FREE and see the difference that martial arts training can make in your life!

If you live in the Poway, Scripps Ranch or nearby, check out our free trial offer! Live further away in San Diego? Check out our virtual training options!